Did you know that your digital ads may not be reaching some of your target audience because they use an ad blocker?

OK Now that we have that shocking statement out of the way, lets look at why this happens and what you can do as an advertiser to address this issue.

The reality is that people have been finding ways to avoid advertising for years.

Way back before the internet, we used the ad break in our favourite TV programs as an opportunity to go make a cup of tea.  When technology became more sophisticated and we had the option to record TV programmes on our VCRs, a huge bonus was the ability to fast forward through all the ads.

To put this into perspective, when is the last time you said – Oh I must sit down now and watch some ads?

Digital isn’t any different in terms of people wanting to view ads.  However it is different in the huge variety of ad formats that can be delivered on the web.  Everything from Search ads to display ads and video ads to native advertising.

The ad format though that gives digital advertising a bad rap is the annoying banner ad that pops up right in your face and completely disrupts your website experience – Its literally shouting “click me”.

In fact as advertisers rushed to use (and abuse) this new ad format when it was first introduced, a condition known as banner blindness developed with internet audiences where they literally blanked out the banners and ignored them.

However with the advent of new technology in the form of ad blocking software combined with the tech savvy profile of the younger internet demographic, our digital audiences are no longer prepared to put up with banner blindness and are taking action to remove ads altogether… because they can!

With digital natives growing older and having more control over their digital experience, we’re seeing a strong correlation with the increase in the use of ad blockers.

This is nothing new – the advertising industry has seen a steady increase in the adoption of ad blockers, rising from approximately 21M users in 2010 to more than 180M users worldwide in 2019. In fact, in the US alone they’re seeing over 75M users using ad blockers on their browsers.

Based on a study from eMarketer, approximately a quarter of US internet users block ads.  This is backed up by Statista in their 2018 research.  According to their research, the average global ad blocking rate in early 2018 was estimated at 27 percent.

It was interesting to note that Ireland and the U.S. had the exact same penetration rate on national level (27%), however Greece and Poland were among the top ad blockers with more than 40% of Greeks admitting that they used ad blocking software.

And it makes sense – digital natives are comfortable with technology and understand how to make it work for them. But what does that mean for you the digital advertiser?

What Are Ad Blockers?

First of all lets be clear on what an ad blocker is and what it does.

Ad blockers – also known as content blockers – are simple software programs that prevent ads from being shown on websites. They are typically browser add-ons that you can add to Chrome, Firefox or Safari. And even through there are dozens of alternatives, the most popular ad blocker add-on in the market is AdBlock Plus.

It works on the concept of filters to identify ads coming from third party sites.  Websites that allow ads have predefined areas for the ad to appear and if the ad is blocked it can leave a blank space on the website where the ad was meant to appear.  This intereferes with the aesthetics of the website so the Ad blocker goes a step further and removes these blank spaces.

However the ad blocker doesn’t get it right every time and sometimes banner images or blocks of text that are part and parcel of the website design and are inadvertently removed.

Its important to note that certain ads, in particular native ads, are harder to remove.  The reason is that these ads are much less intrusive than banner ads and fit well within the content on the website.  One such example is Facebook ads.  These ads are labelled as “sponsored” but they appear right in the Facebook feed along with posts from your family and organic posts from brands that you follow.

There is an ongoing game of cat and mouse between Facebook and the ad blocker companies where Facebook change their code to ensure ads get through and then the ad blocker developers find a way around it!

By removing ads from web pages, page load time can improve considerably and can also reduce data usage – something that is good news for people with limited data plans or who live in areas with slower networks.

Another benefit of ad blockers is that they can block the tracking and behavioral monitoring technology that profiles user behavior. So if you’re someone who doesn’t want their online browsing monitored or their browsing preferences sold to advertisers, ad blockers can be an attractive way to guard your privacy.

Who are Digital Natives?

The term Digital Native describes a person who grew up in the digital age. These are children, now young adults, who rather than having to learn about technology as adults, grew up with it from childhood. This exposure to technology in their formative years means that digital natives have a greater familiarity and understanding of technology than the generation that came before them. 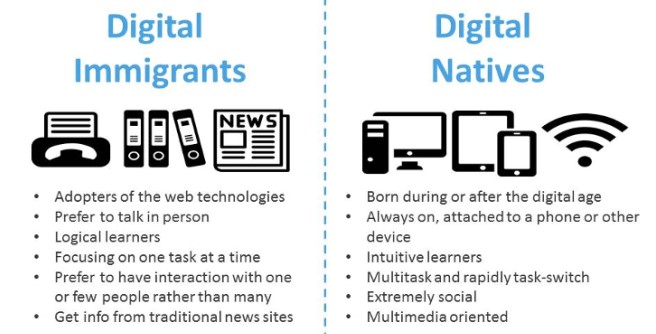 To put this into perspective, according to a study by Deloitte,  18- to 34-year-olds were more than 10 percentage points more likely block ads on PCs than people of all ages.

So Why is this Important?

Taking the micro-view of the situation, it doesn’t seem like that big a deal. So what if users are blocking ads on their browsers? Shouldn’t users have a choice as to what they want to ingest on the internet?

And the answer is “yes”, of course. But if you take a step back and look at the macro-view, you start to see the long-term impact that the adoption of ad blockers can have.

The reality is that the majority of websites on the internet exist thanks to online advertising.

Everything from blogs about labradoodles to sites like the New York Times depend on online advertising revenues. That money helps pay for the writers that produce the content, the hosting costs, the maintenance of the site – everything.

This simple idea is what originally made Google billions and billions of dollars – people visit a site they like. They see an ad for a product they find interesting and they click on that ad – the site owner gets a bit of money from that purchase, the product seller is able to sell their product and the user is able to buy what they like. 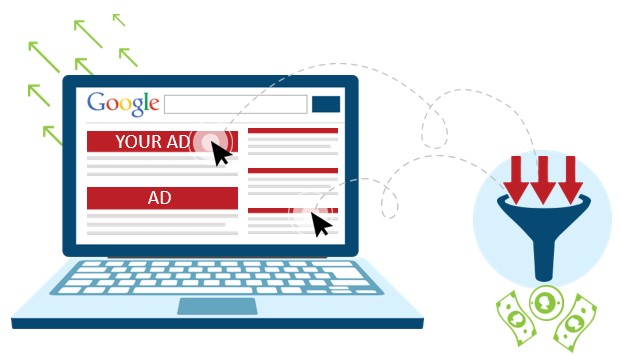 Ad blockers disrupt all of this. A person with an ad blocker add-on installed on their browser could visit whatever site they like and never see an ad. If they never see the ad, they can’t click on it nor can they buy what the ad is selling – that means that the site owner doesn’t get their money and the product seller can’t sell their product.

This little extension added to your browser is having an impact on the keystone piece of the whole modern internet experience.

What Can Advertisers and Businesses Do?

Firstly it is important to note that all ads are not evil!

I mentioned earlier that it was primarily banner ads that gave digital advertising a bad reputation but the reality is that all ads are suffering because of the lack of standards in this area.

The emergence of a new standards association called the coalition for better ads is helping to change this and  this standards organisation is backed by leading international trade associations and companies involved in online media.  The primary goal is to improve consumers’ experience with online advertising.

The internet advertising giant, Google has thrown its weight behind this initiative.  In fact they announced that they were developing their own ad blocker within Google Chrome in order to provide a better user experience, penalizing websites which use intrusive, annoying ad types.

The vast majority of online content creators fund their work with advertising. That means they want the ads that run on their sites to be compelling, useful and engaging—ones that people actually want to see and interact with. But the reality is, it’s far too common that people encounter annoying, intrusive ads on the web—like the kind that blare music unexpectedly, or force you to wait 10 seconds before you can see the content on the page. These frustrating experiences can lead some people to block all ads—taking a big toll on the content creators, journalists, web developers and videographers who depend on ads to fund their content creation.

Rather than letting its fate be decided by the ad blocker companies, Google is taking matters into its own hands and it is obviously in its interest to restore people’s faith in digital ads.

Another interesting initiative has been led by the ad blocking industry – As the market leader, Ad Block plus, has championed an initiative called acceptable ads.

Acceptable Ads are ads that aren’t intrusive or annoying. They are respectful, don’t interfere with content, and are clearly labeled with the word “advertisement” or its equivalent. In order for an ad to be an “Acceptable Ad”, it must adhere to standards that have been set forth by the Acceptable Ads Committee.

What does this mean?

Digital ads that adhere to the acceptable ads standards are white-listed and will be shown to ad-blocking users who allow acceptable ads.

By default, the “acceptable ads” feature is turned on within the Ad Block plus software and this means that 50% of ad block users and now seeing acceptable ads.

Essentially its a compromise that helps internet users fund content publishers by allowing ads but also protects these users from the “evil” ads that are totally disruptive.

Some publishers have decided to hit internet users where it hurts most – Their wallet! Essentially they are offering a choice.  Their point is that valuable content costs money to produce (Journalist salaries etc).  The internet user can choose to pay by allowing the news site to show ads – to make this happen the user needs to white list the news site in their ad blocker software.

The internet user can become a paid subscriber of the news site where they can enjoy an ad free experience on the site.

While the situation can seem dire for brands and businesses that rely on digital advertising, there is some good news:

This information can be used by responsible advertisers to ensure that their advertising strategy employs tactics that won’t chase away their visitors and potential customers.

Digital Natives are going to continue to make up a bigger part of the digital population. And that means addressing their concerns when it comes to their privacy and their digital experience is going to become more important.

We have been using these best practices in our client’s advertising campaigns for years and as a result they have not been significantly impacted by the growth in ad blocker software.  However businesses that are unwilling to recognize this new reality will see the impact to their bottom line, sooner or later.